Malignant melanoma is a serious form of skin cancer that begins in cells known as melanocytes. While it is less common than basal cell carcinoma (BCC) and squamous cell carcinoma (SCC), this skin cancer is more dangerous because of its ability to spread to other organs more rapidly if it is not treated at an early stage.

Only 20-30% of melanomas are found in existing moles.

What is a melanocyte?

Melanocytes are skin cells found in the upper layer of skin. They produce a pigment known as melanin, which gives skin its color. There are two types of melanin: eumelanin and pheomelanin. When skin is exposed to ultraviolet (UV) radiation from the sun or tanning beds, it causes skin damage that triggers the melanocytes to produce more melanin, but only the eumelanin pigment attempts to protect the skin by causing the skin to darken or tan. Melanoma occurs when DNA damage from sunburns or tanning due to UV radiation triggers changes (mutations) in the melanocytes, resulting in uncontrolled cellular growth.

Melanomas present in many different shapes, sizes and colors. That’s why it’s tricky to provide a comprehensive set of warning signs. Since detecting it early is so vital, please learn the common signs, symptoms and early detection strategies on our Warning Signs page. View more images on our Skin Cancer Pictures page.

How dangerous is melanoma?

Melanoma is usually curable when detected and treated early. Once it has spread deeper into the skin or other parts of the body, it becomes more difficult to treat and can be deadly.

How widespread is melanoma?

What are the four main types of melanoma of the skin?

What you should know: This is the most common type of melanoma.

How and where it grows: It can arise in an existing mole or appear as a new lesion. When it begins in a mole that is already on the skin, it tends to grow on the surface of the skin for some time before penetrating more deeply. While it can be found nearly anywhere on the body, it is most likely to appear on the torso in men, the legs in women and the upper back in both.

What it looks like:  It may appear as a flat or slightly raised and discolored, asymmetrical patch with uneven borders. Colors include shades of tan, brown, black, red/pink, blue or white. It can also lack pigment and appear as a pink or skin-tone lesion (amelanotic).

What you should know: This type often develops in older people. When this cancer becomes invasive or spreads beyond the original site, the disease is known as lentigo maligna melanoma.

How and where it grows: This is similar to the superficial spreading type, growing close to the skin surface at first. The tumor typically arises on sun-damaged skin on the face, ears, arms or upper torso.

What it looks like:  It may look like a flat or slightly raised, blotchy patch with uneven borders. Color is usually blue-black, but can vary from tan to brown or dark brown.

What you should know: This is the most common type of melanoma found in people of color, including individuals of African ancestry.

How and where it grows: It often appears in hard-to-spot places including under the nails (subungual) and on the soles of the feet or palms of the hands.

What it looks like:  It may appear as a black or brown area.

Musician Bob Marley was diagnosed with acral lentiginous melanoma, which ultimately claimed his life at age 36. When a dark spot appeared under his toenail, Marley attributed it to a soccer injury. Eventually he was diagnosed with the disease but was not treated. His melanoma spread to other areas of his body and tragically cut his life short.

What you should know: This is the most aggressive type of melanoma. It accounts for 10 to 15 percent of all cases.

How and where it grows: The tumor grows deeper into the skin more rapidly than other types and is most frequently found on the torso, legs and arms, as well as the scalp in older men. It is usually invasive at the time it is first diagnosed.

What it looks like:  This type is often recognized as a bump on the skin, usually blue-black in color, but not uncommonly can also appear as a pink to red bump.

This section made possible through an education grant from A Skin Cancer Spotted at the Salon 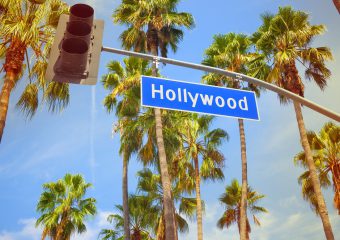 In My Mother’s Eyes: Her Ocular Melanoma Story

Want to spread the word about skin cancer awareness? Complete the form and you may end up on our website.