Not All UV Rays Stay Outside: How Window Film Can Help Protect You 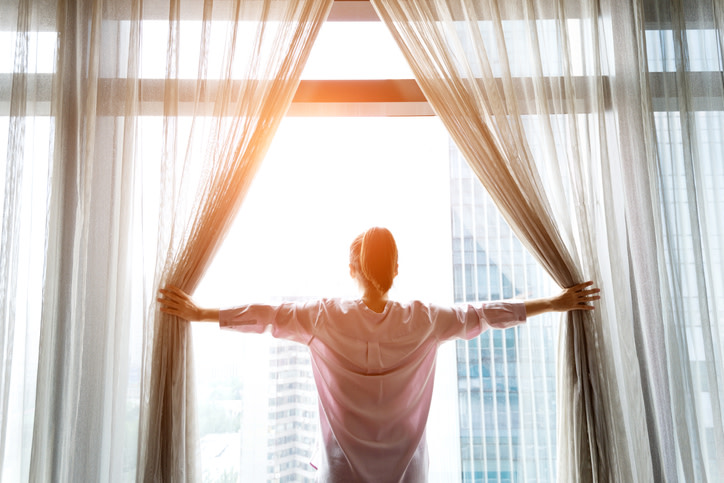 I had been expecting a regular day at work, but when I walked into The Skin Cancer Foundation’s office one day recently, I found several workers bustling around carrying ladders and rolls of film. The workers were there to replace the UV-blocking film on our office windows, of which there are many.

Not that I would ever complain about the amount of sunlight our floor gets — anyone who works in an office building knows how nice it is to have a little natural light to offset the fluorescent glow. But there are a few drawbacks, including computer glare and (you guessed it!) damaging ultraviolet (UV) rays.

Both UVA and UVB rays can cause sunburn and tanning, which damage the DNA in your skin cells and increase your risk for skin cancer. UVA rays also cause the unwelcome signs of premature aging, including dark spots and wrinkles. Those UVA rays account for up to 95 percent of the UV radiation reaching the Earth’s surface and are quite good at finding you. They can bounce off reflective surfaces like water and, most relevant during the workday, they can penetrate window glass. If you’re sitting next to a window on a sunny day, those UVA rays hitting your skin are doing damage. (Window glass filters out most UVB rays.) Special thanks to the men from The Art of Tint for removing our old window film and installing new film!

Luckily, there are ways to protect yourself without forgoing natural light in your office (or home, or car). The window film revolution began back in the 1990s and has been gaining momentum ever since. Window film first showed up in automobiles. By law, front windshields are treated to filter out most UVA, but side and rear windows generally aren’t. Now, films that filter UV rays have been available for car windows in all 50 states for several years. (Check local regulations to be sure tinting is allowed in your area.)

Of course, the same problems drivers faced with UVA rays translate to anywhere you encounter windows, so the window film industry made the move indoors. Films are available for both residential and commercial spaces, and they come in varied tints to allow for customization. Window tint is typically effective for about a decade, which is why we had to replace ours.

Even though its UV-blocking benefits (window film can block up to 99.9 percent of UV radiation) were the main reason for installing it, I immediately noticed a few more perks once the film was fully installed in our office. The midafternoon glare that usually seeped through the window to my right had diminished significantly, eliminating the need for me to get up and pull the shades down every day at 3 PM. I even found that the office was more temperate thanks to the film, keeping the afternoon sun from heating up our office. When the weather is cooler, it reflects the heater’s warmth back into the office, rather than letting it escape out. Of course, at The Skin Cancer Foundation office, sun protection is always top-of-mind. We hope it is in yours, too! There are many things you can do to create a sun-safe workplace. Try to find out if your building has UV-blocking window film in place, and if not, ask your HR department how to go about requesting it. If you’re interested in window film for your car, home or office, look for one that has earned The Skin Cancer Foundation’s Seal of Recommendation.

Can you spot the difference? The windows on the left have been covered in UV-protective window film. The Skin Cancer Foundation would like to thank Johnson Window Film for donating the film that keeps our office sun-safe.